I acknowledge the Traditional Custodians of the land on which I live, work and play, and recognise their continuing connection to land, water and community. I pay respect to Elders past, present and emerging.

In just under 3 weeks time we were supposed to be heading to South America to jointly celebrate our 60th birthdays which both passed relatively unnoticed earlier this year.

Photo by Amanda Kerr on Pexels.com

We never even got as far as booking anything for that trip.

We changed our plans to head to Victoria and South Australia, driving the Great Ocean Road and then visiting Kangaroo Island and the wineries in the Adelaide Hills.

Some bookings were made. All are now cancelled. We were fortunate that all companies involved provided either full refunds or future credits.

Now we’re finding other ways to spend our holiday budget.

On the weekend we took an impromptu overnight trip to Rockhampton to do some shopping and visit the local railway museum.

I checked the theatre program and we booked to see Hotel California: The Eagles Experience. Thoroughly enjoyed the show.

Before the show, we had a very nice dinner at Headricks Lane restaurant. It does, in fact, feel like it’s been built in a laneway. The meal was delicious. The highlight for me was my dessert – chocolate truffle …

… although the comedy highlight was watching Stu try to construct his DIY spring rolls. In his own words, not so much a spring roll as a spring explosion.

He did, eventually, get one right.

The next morning, we visited the Archer Park Railway Museum. This had been on our list for a while but their opening times never worked for us when we were there.

We enjoyed visiting the restored locomotives and carriages, with their historical features. It’s amazing how much they can fit into the little spaces; 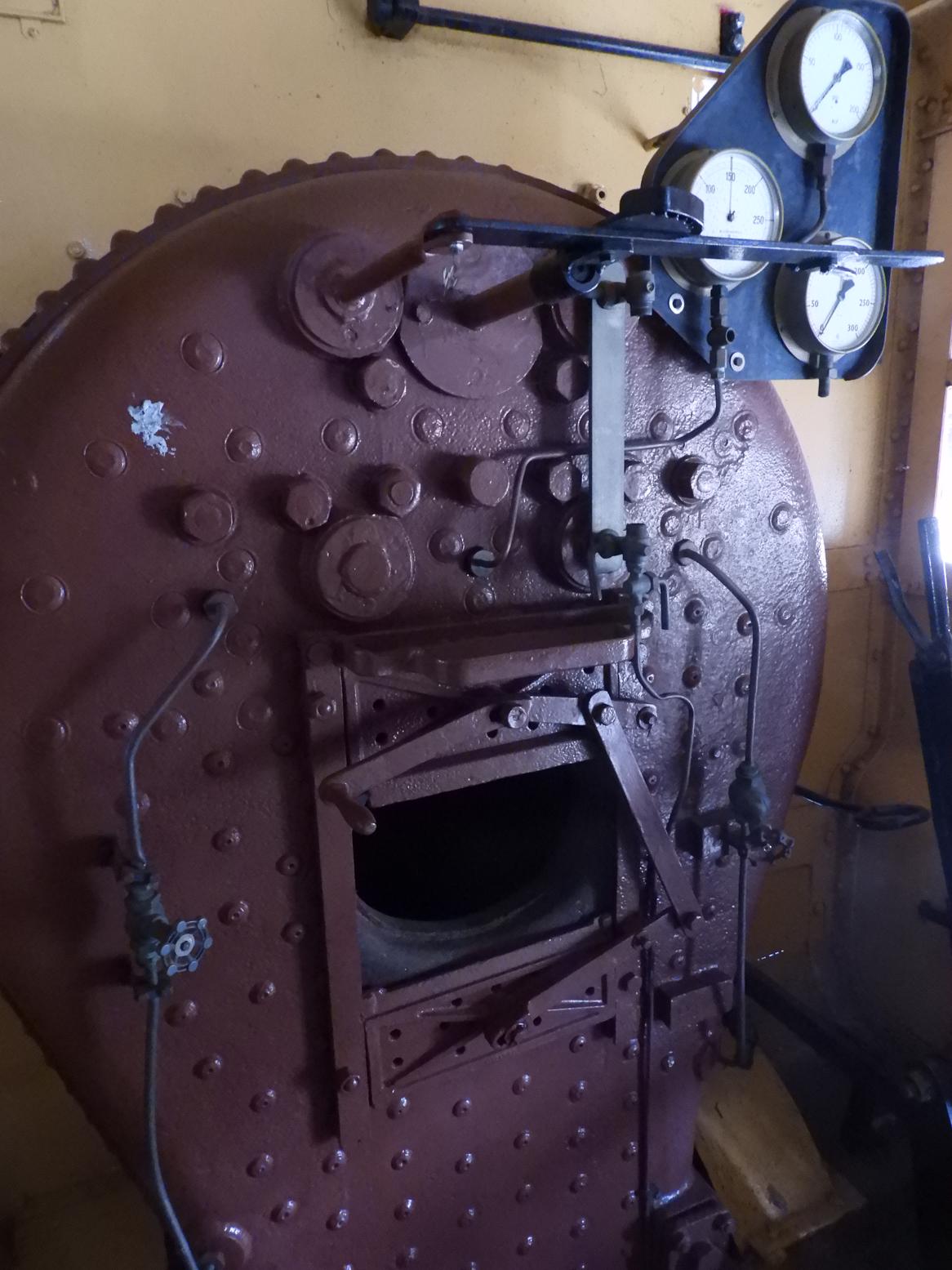 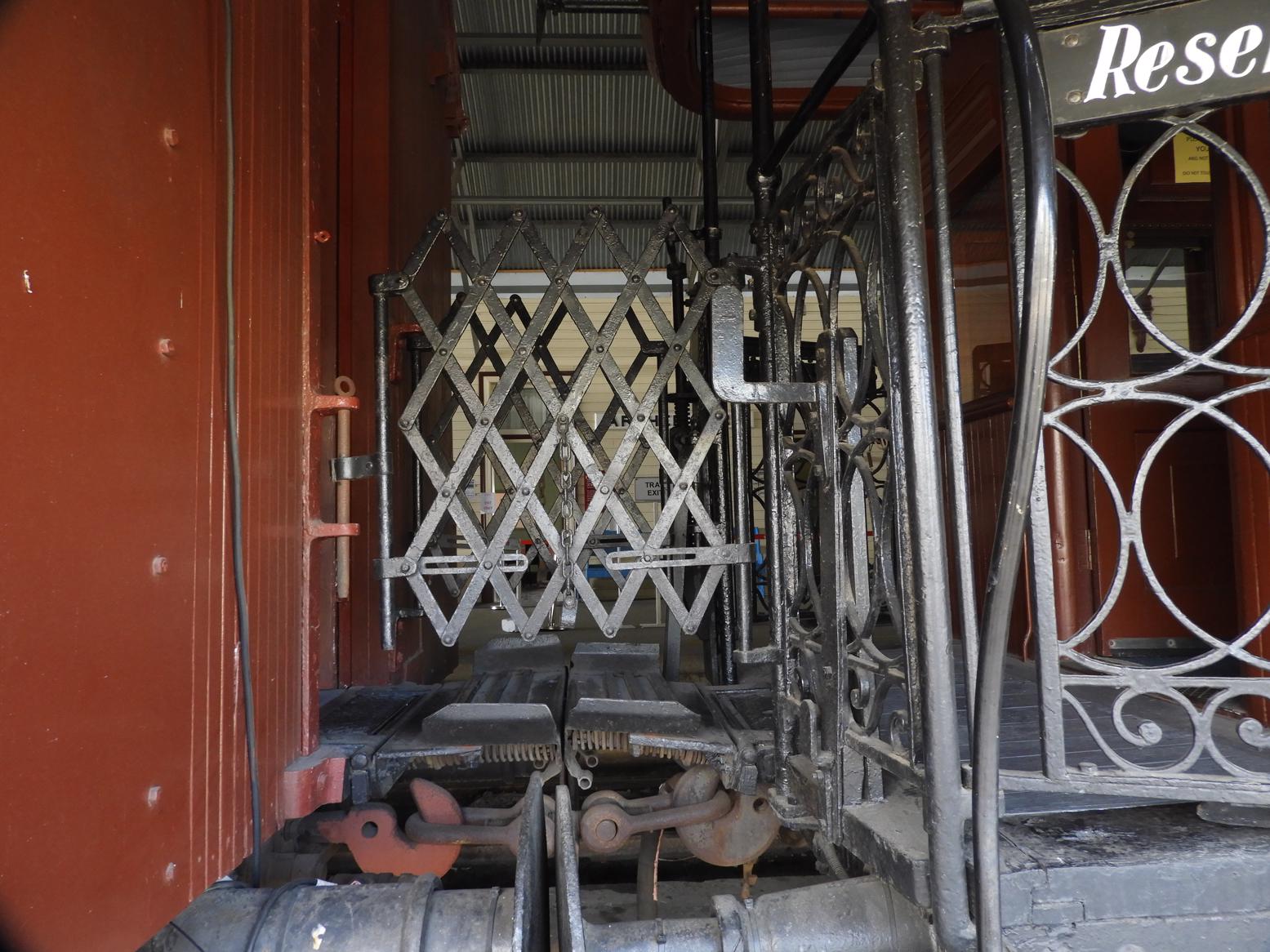 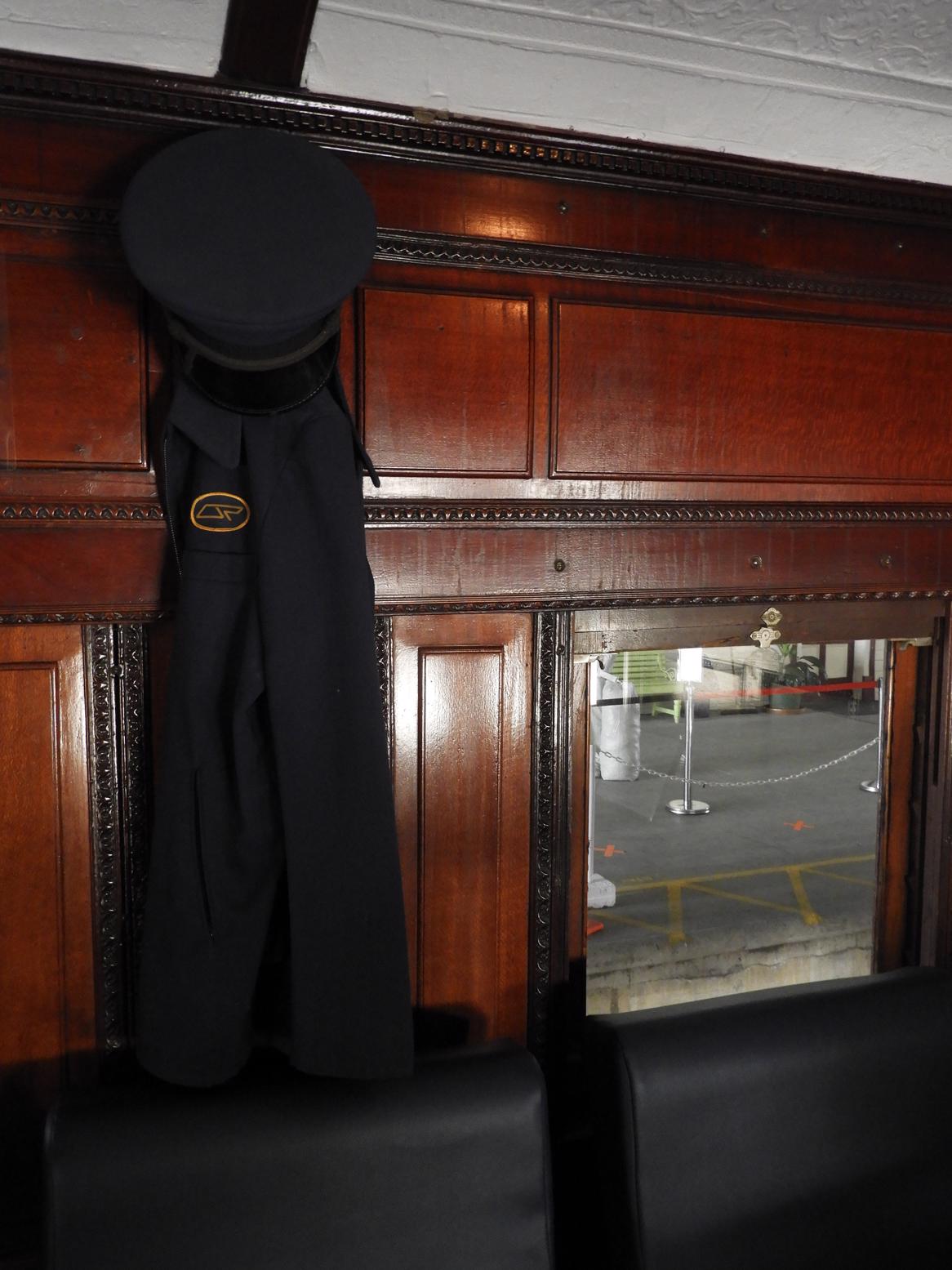 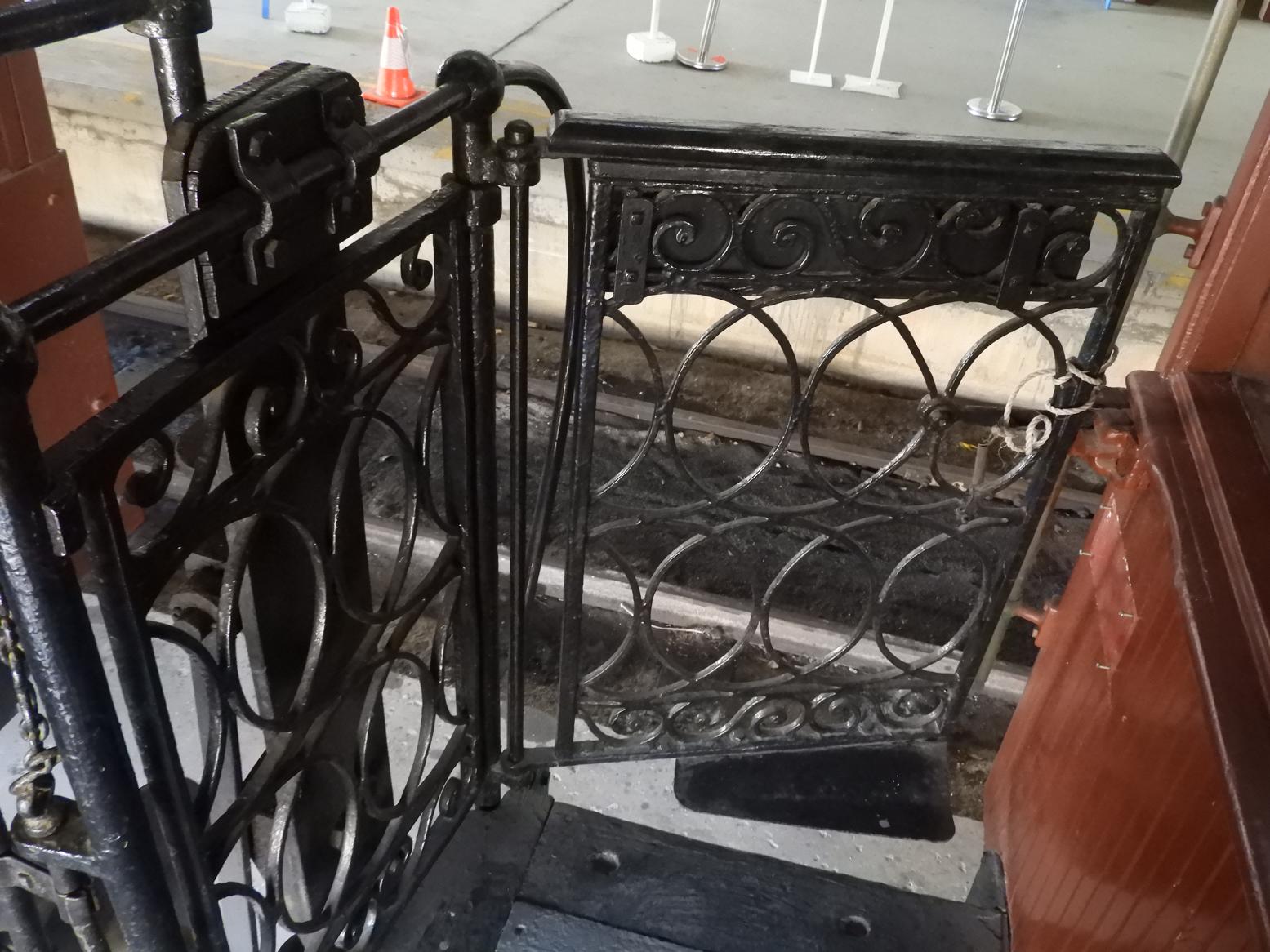 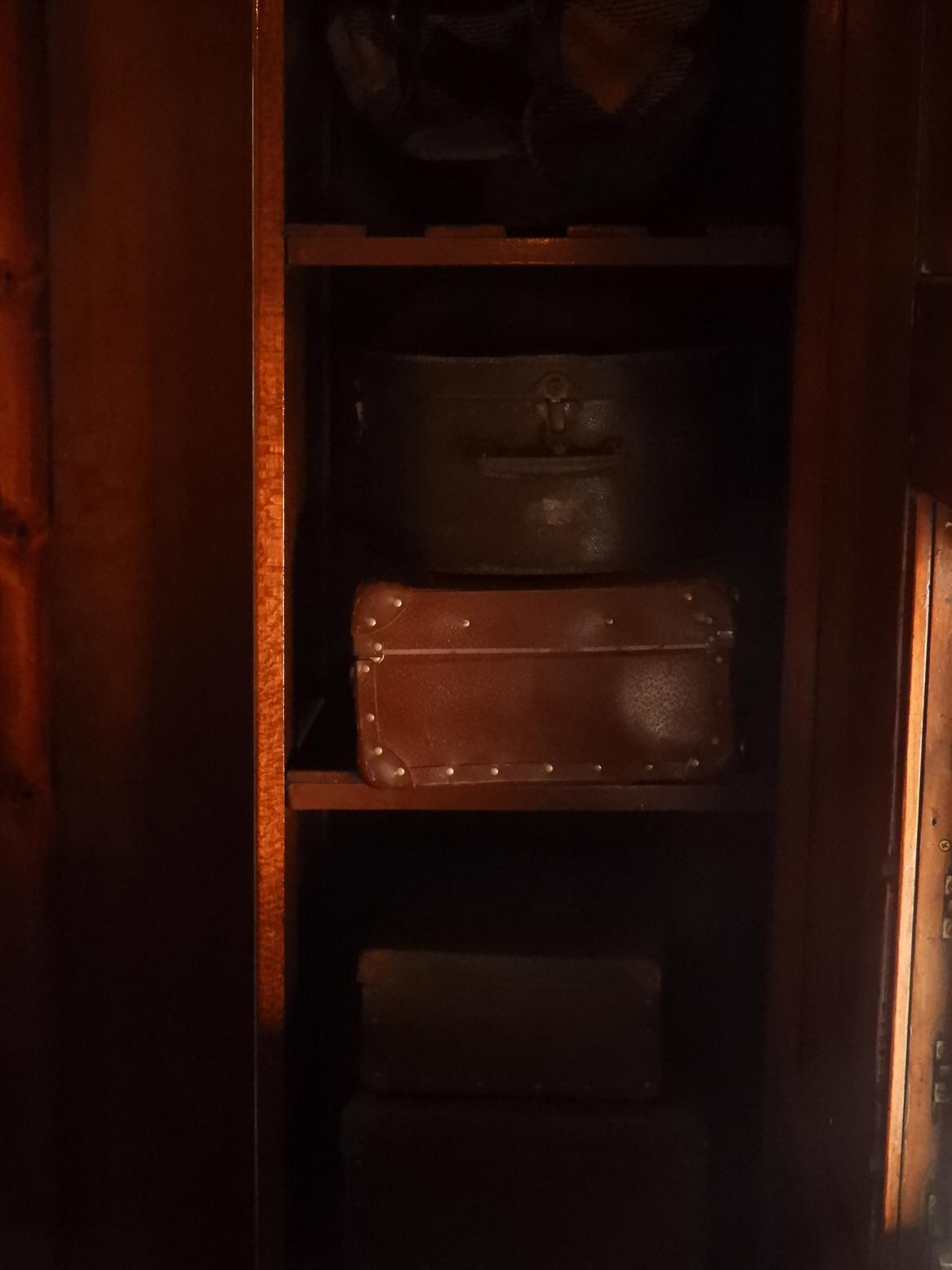 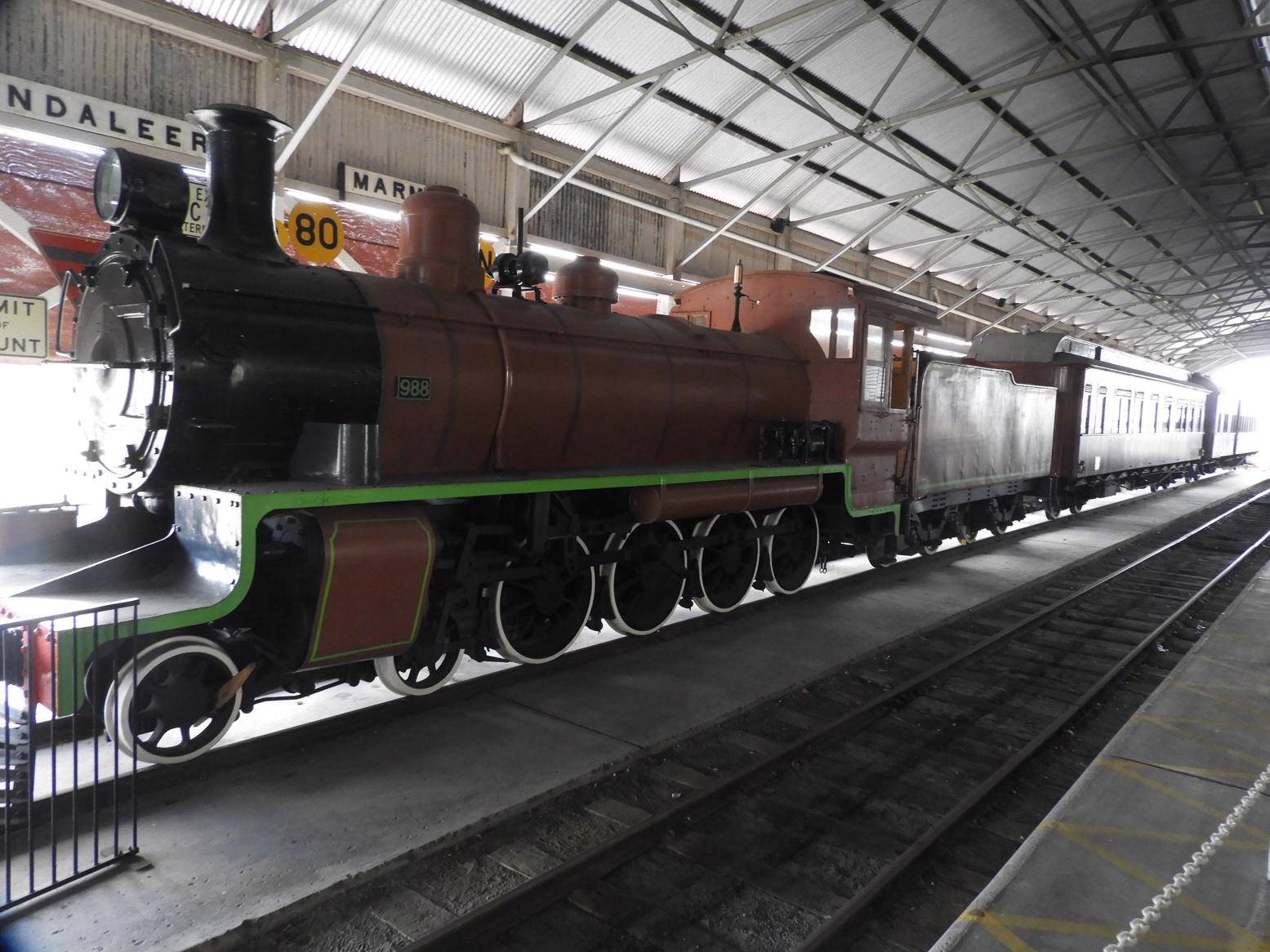 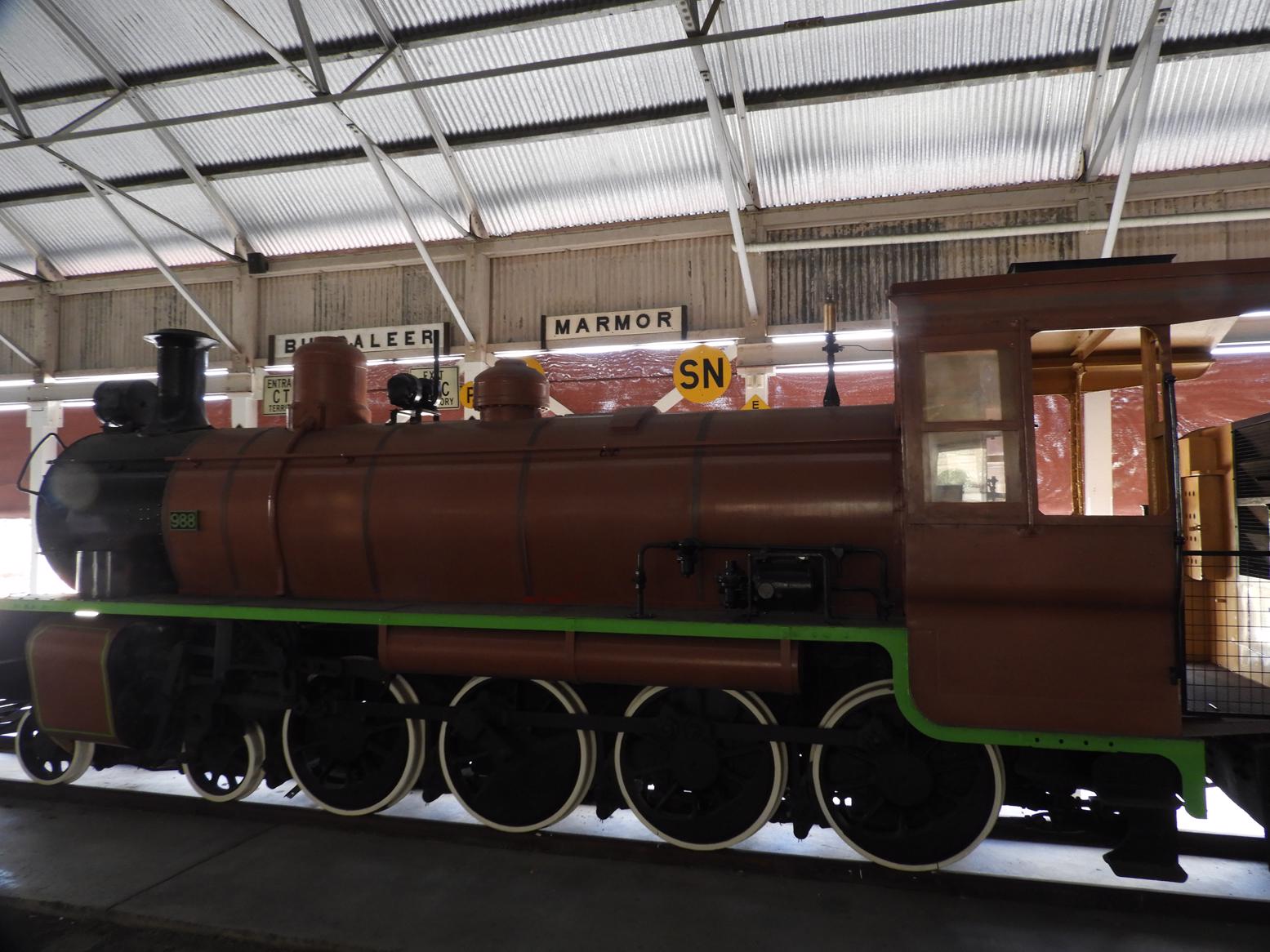 … the displays, many with figures that had motion sensors attached and would start talking – or, in the case of the station cat, meowing – when someone walked past. It was a little disconcerting … 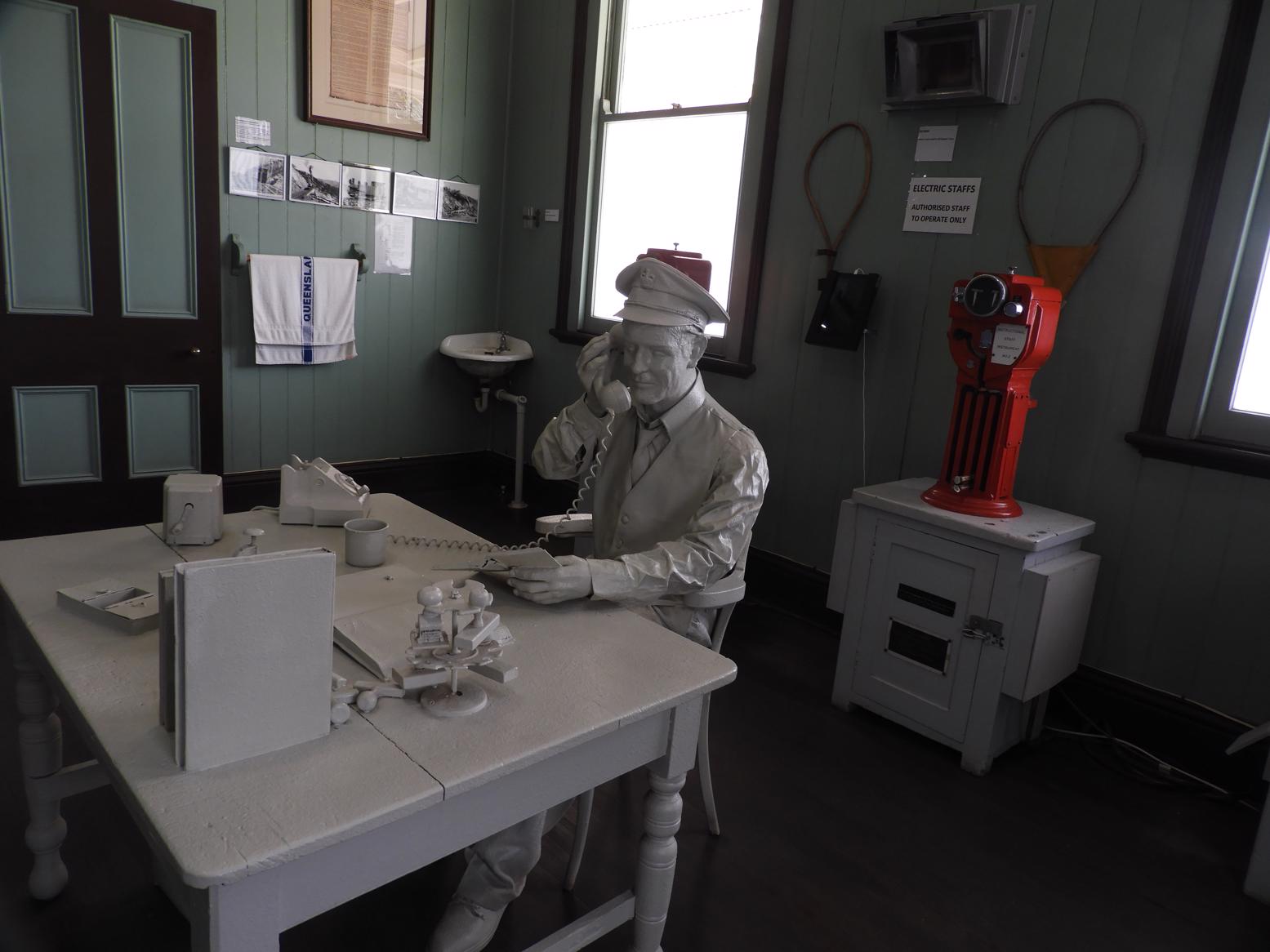 … and a ride on the Purrey steam tram that used to service the town. It is the only remaining operating Purrey steam tram in the world. There is, apparently, another one on display in Paris where they also used to be used, but it isn’t operating.

In Rockhampton, the train line is in the middle of the road. Even though the tram doesn’t travel on the main line, it has to operate in windows of opportunity between trains. 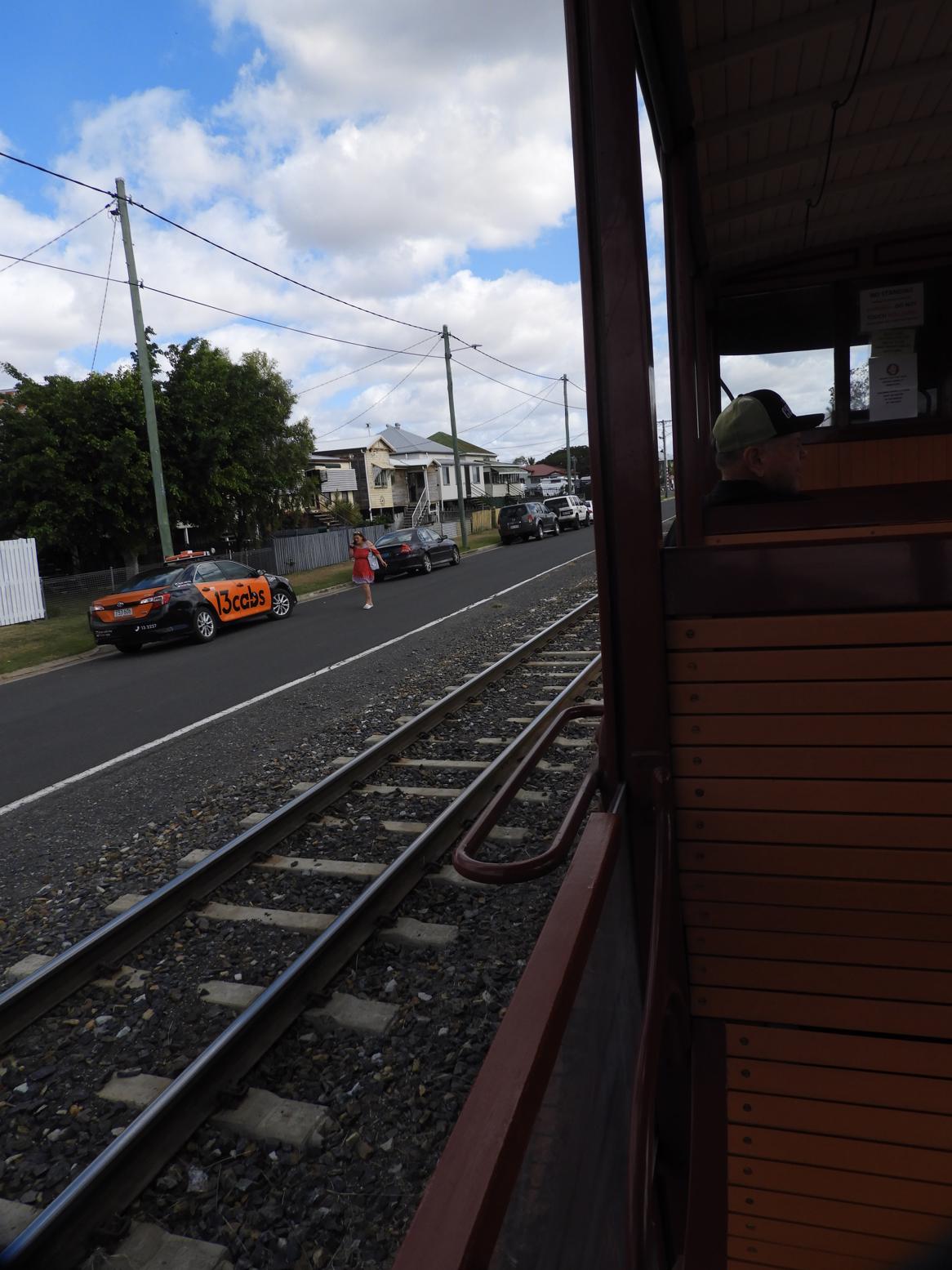 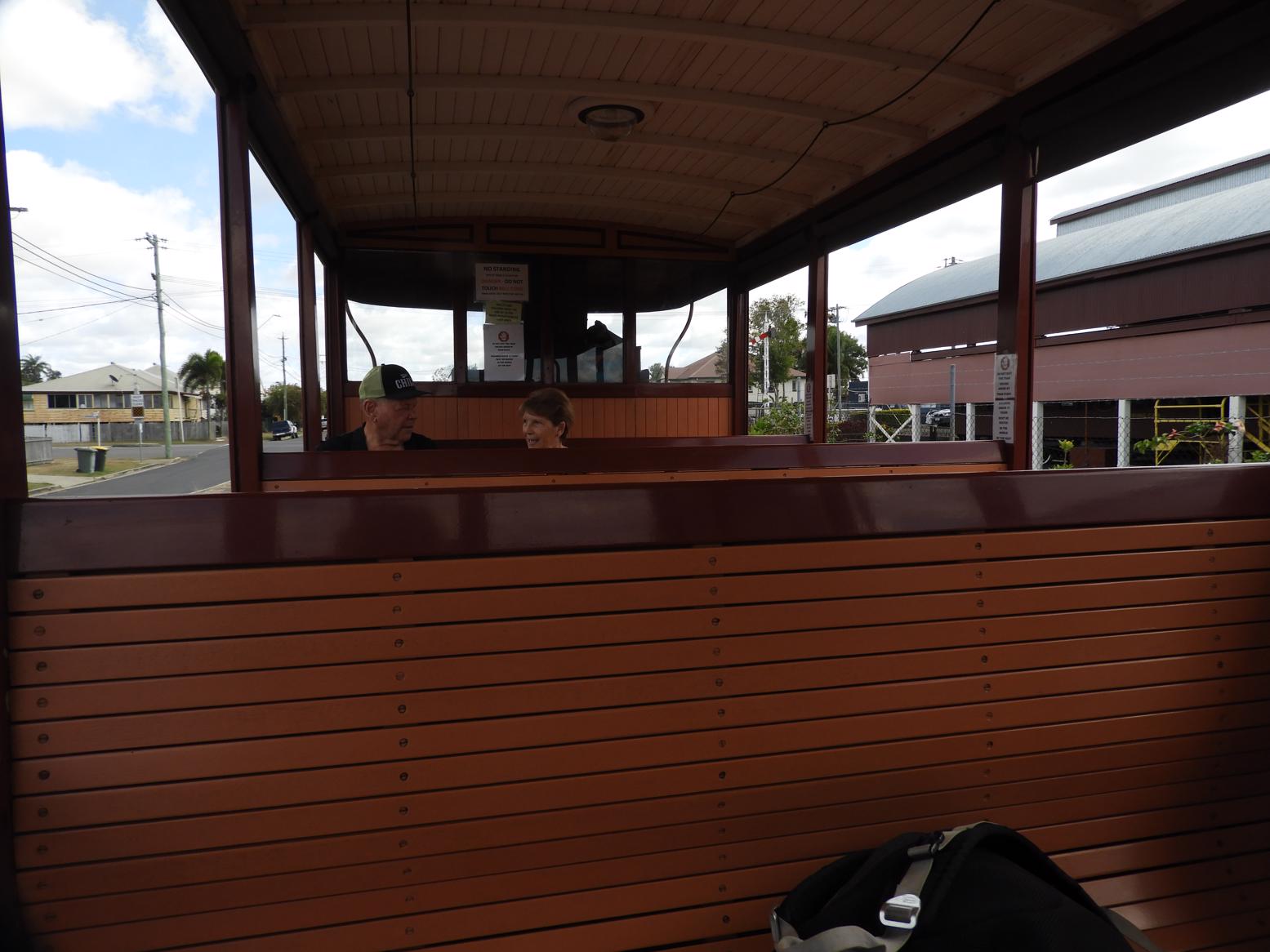 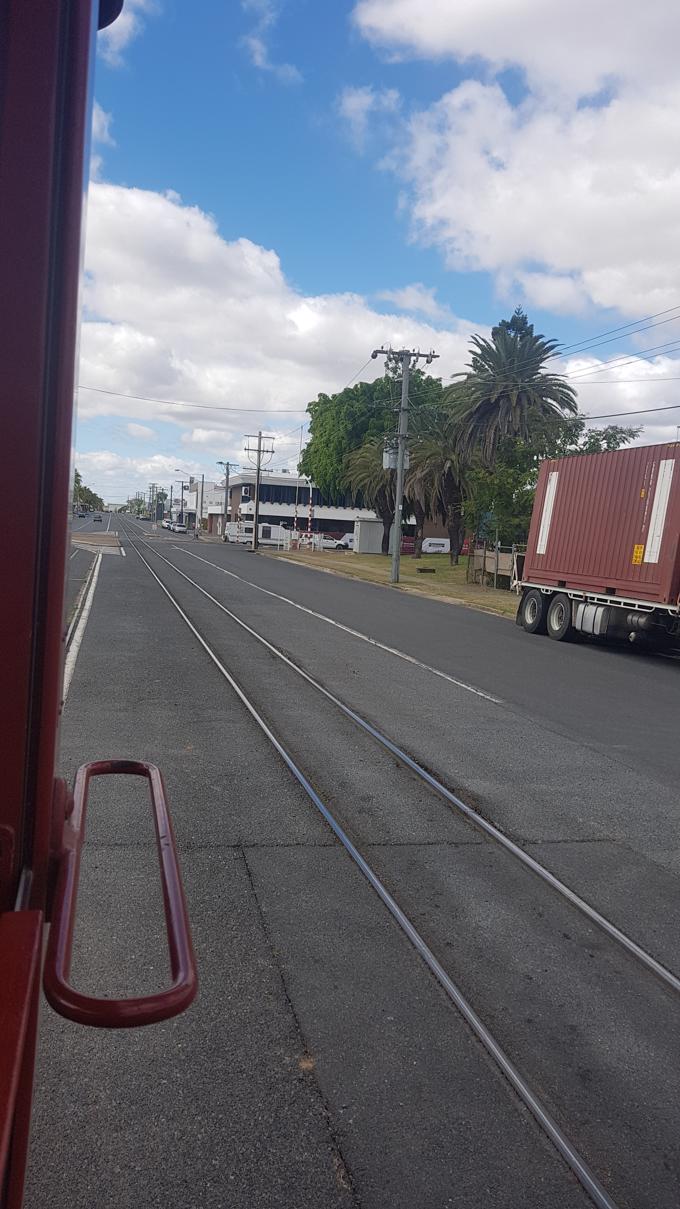 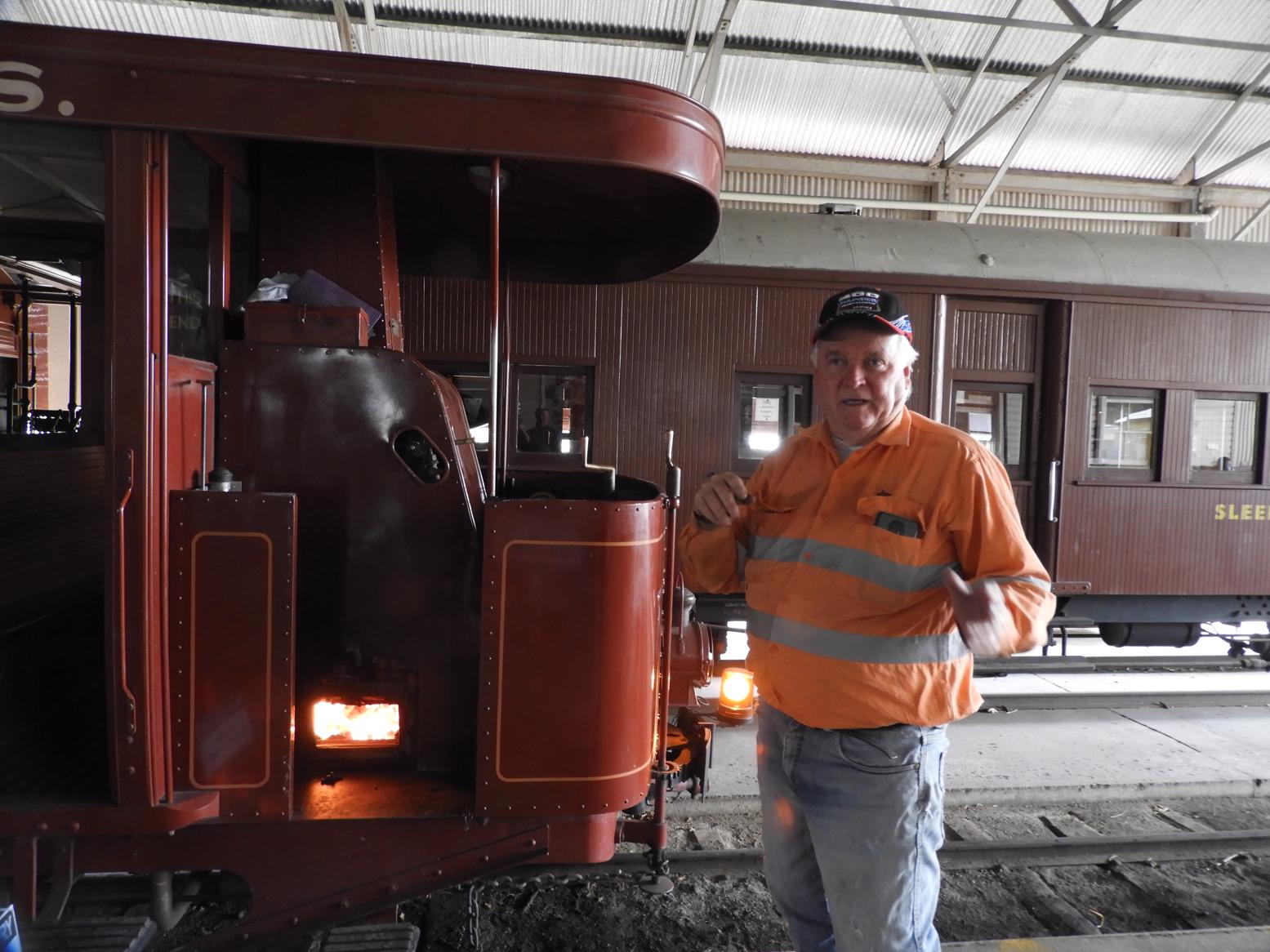 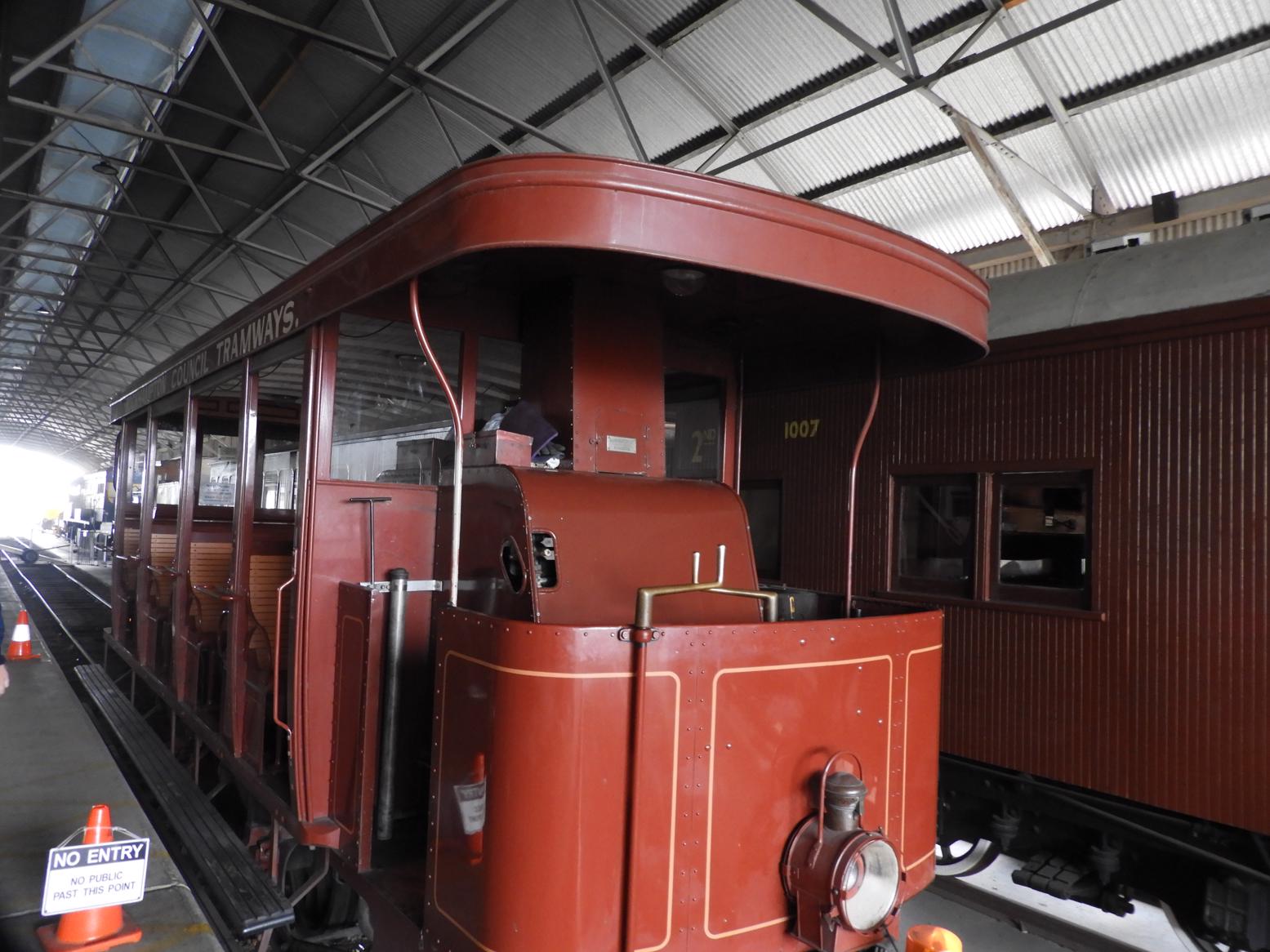 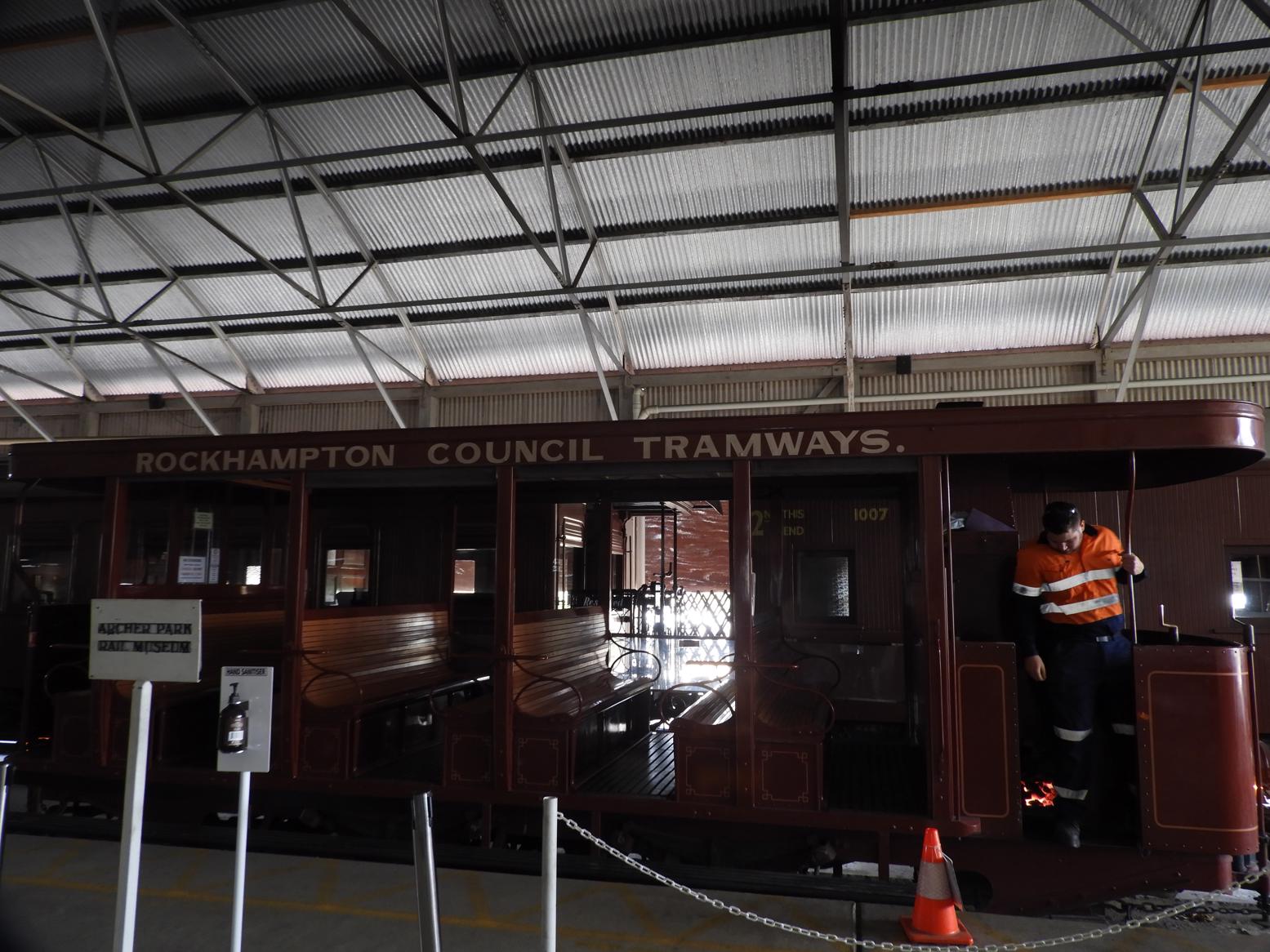 We really appreciated the knowledge and enthusiasm of the volunteers who keep this museum operating.

On the way out of town I saw an ad for another show I’d like to see. I booked it on the spot. In late October the hills will be alive, I will be happy and Stu will pretend to be tolerant while secretly actually enjoying it.

Thanks for travelling with us. We'd love to hear what you think. Cancel reply

”Follow your heart while you’re alive. Put perfume on your head , clothe yourself with fine linen…make holiday and don’t tire of it” Harpist song 1400 BC

Avid adventurer, travel blogger, and experience seeker. Starting each morning with a desire to see the world through a different lens.

A Blog about Music and Popular Culture

Travels in Finland and abroad

Plus Lots of Bicycle History from the 1800s

stories and confessions from an obsessive travel planner

My photography and reviews of bands, festivals and artists.

My Blog
The life of B

Mainly through the lens of a Nikon

The Geocaching Blog
The Youthful Traveller

A Truthful Traveler
Farm Fresh Food to your Doorstep

News, Reviews and mild meanderings of the media mind.

Walk and Bike in France and Europe www.walk-bike-camino.com

G’day, you’re at the best wine blog ever! We're all about wine; without the wankery.

A house in France

Traveling Matters to us

Making sure that your travel handprint sticks!

The Year I Touched My Toes

My Journey to Everest Base Camp

Romancing the planet; a love affair with travel.

Our encounters with wild animals

Life, Adventures and Things that I Love

Where The Foodies Go

Recipe in a Bottle

Connecting to Friends, Old and New, Through Recipes, Gardens, and Dinner Parties

Women: Each One A Survivor

An Occasional Diary of Everyday Life and Travel in the U.K. and sometimes elsewhere

Never cease to explore and tell!

A glimpse of the world through my photographic efforts.

inspired by the colours of the land, sea and sky of Cornwall